Medical Payment Coverage and You 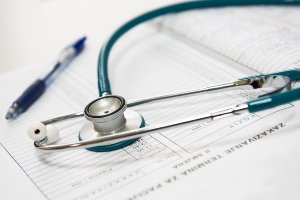 Put some water on boil, throw another log on the fire, and cozy ‘round your favorite blog-reading device.  It’s time for the latest edition of the Gerstner Adam Law Blog.  In this post, we’ll be discussing medical payment coverage in automobile insurance policies. Imagine Mama Maggie is driving down Rimrock Road about 10 miles per hour above the speed limit.  Maggie’s kids are in the back seat singing that baby shark song.  Maggie, who has heard it nonstop for the past six months, has finally had enough.  She turns her head to look her kids right in the eyes and demands that they stop singing that cursed song.  Meanwhile, California Carl is driving up Rehberg Lane toward the intersection at Rimrock.  At the stop sign, Carl pulls a California stop, which basically means that he slows down slightly before going into the intersection without actually stopping.  At the same time that Maggie has her eyes off the road while screaming at her kids, Carl drives right in front of her path.  Maggie T-bones Carl, and ambulances transfer them both to the hospital. In this situation, it’s not exactly clear who is more at fault.  As we’ve explored in other posts, liability insurance covers damages caused by the at-fault driver.  If the at-fault driver does not have insurance, then the accident victim’s uninsured motorist coverage will cover the damages.  If there’s not enough liability insurance, then underinsured motorist coverage kicks in.  But who pays the medical bills when it’s not readily apparent who is at fault?  Or what if there’s a car accident where nobody is at fault? In those situations, hopefully the injured party has medical payment coverage, or Med Pay for short.  Med Pay covers medical expenses incurred in a car accident by any of the vehicle’s occupants.  It is also what we call “no-fault” coverage.  That means that it applies no matter who caused the crash.  Even if the Med Pay policyholder was the negligent party, she would still be entitled to the Med Pay benefits. In addition, Med Pay is personal and portable.  We discussed that concept in prior posts, but as a reminder, coverage is personal and portable if it covers the insured no matter where he is, whether he is driving a car, riding in a car, or walking down the street (with some exceptions, of course).  If you are injured in a car accident, chances are that your Med Pay policy will pay a portion of your medical bills. As the name implies, Med Pay will only cover medical expenses.  It will not cover your other damages, such as lost wages or pain and suffering.  In addition, Med Pay typically has much smaller limits than other coverages.  If you are significantly hurt in an auto accident, your typical Med Pay limits will not pay for your entire hospital stay. Going back to Mama Maggie and California Carl, let’s assume that they both have Med Pay coverage.  Carl’s Med Pay coverage will pay for his medical expenses up to his policy’s limits.  In Maggie’s situation, her Med Pay coverage will cover not only her medical bills, but also the medical bills incurred for her children, again up to the policy’s limits.  Since Med Pay is no-fault coverage, the car insurance company should pay it out right away without a determination as to who caused the car accident.  This should help Maggie and Carl cover their expenses pending a determination of liability, especially if the case is tied up in litigation for years. As you might expect, this only scratches the surface.  There are other questions that could come to mind. Can you combine your Med Pay limits if have multiple vehicles?  How does your health insurance factor into this?  Needless to say, it can be complicated.  That’s why you need a personal injury attorney to sort through these issues.  While you’re recovering, we’re working hard to make sure you get all the compensation that you’re entitled to.  Contact Gerstner Adam Law if you’ve been injured, and we’ll see if we can help you get things back on track.

Spring has sprung, baseball is in full swing, and the latest installment of the Gerstner Adam Law Blog is here. ...
Learn More

What Is Underinsured Motorist Coverage and Why Is It Important?  - 09/24/20

Time to pour some hot cocoa, start a fire, and sit down to read the latest installment of the Gerstner ...
Learn More

Welcome back to the Gerstner Adam Law Blog, where we’re happy to hear the elk bugling and feel the fall ...
Learn More
TELL US ABOUT YOURSELF:
MORE ABOUT US: